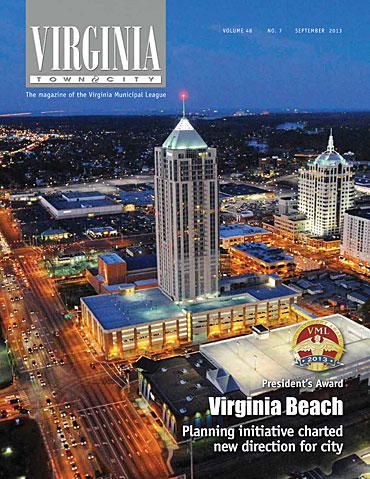 About the cover: Thirty-six entries in six categories were received for judging in the 2013 VML Achievement Awards competition.  The VML awards program is conducted annually to encourage and recognize excellence and innovation in Virginia local government. This year’s winner of the President’s Award is the City of Virginia Beach.