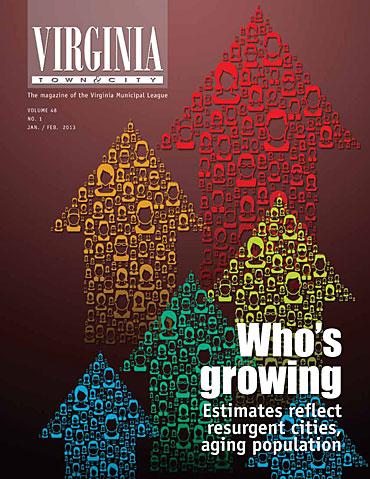 About the cover: Every year, the Weldon Cooper Center for Public Service produces the official population estimates for Virginia.  The most recent numbers, based on changes since the 2010 census in housing stock, school enrollment, births, deaths and driver’s licenses, revealed some significant trends of interest to local governments.