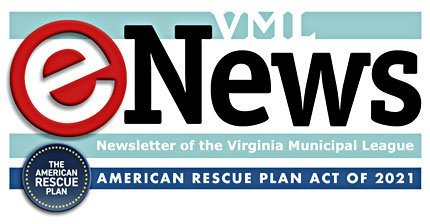 Today at 1:00 p.m. ET the Treasury Department released the Interim Final Rule and accompanying guidance for the Coronavirus State and Local Fiscal Recovery Funds, authorized by the American Rescue Plan Act of 2021.  Treasury concurrently opened a portal to facilitate swift and secure payments to over 5,000 direct payees across the country.

At 4:00 p.m. ET and 6:45 p.m. ET today, Treasury and the White House Office of Intergovernmental Affairs will host two introductory webinars for key state and local associations and stakeholders. Local government officials and staff are invited to join using the links below at whichever time suits best.

It has been eagerly anticipated and now it has arrived.  Treasury released this afternoon its guidance on the distribution, use, and timing of the Coronavirus State and Local Fiscal Recovery Funds. VML’s policy team and consultants have begun the work to analyze and put together the resources our members need to take advantage of the American Rescue Plan Act. We will share these with you through our eNews and will post links on our ARPA Resources page as they are completed and updated.

In the meantime, from the U.S. Treasury press release:

Today, the U.S. Department of the Treasury announced the launch of the Coronavirus State and Local Fiscal Recovery Funds, established by the American Rescue Plan Act of 2021, to provide $350 billion in emergency funding for state, local, territorial, and Tribal governments.  Treasury also released details on the ways funds can be used to respond to acute pandemic-response needs, fill revenue shortfalls among state and local governments, and support the communities and populations hardest-hit by the COVID-19 crisis. Eligible state, territorial, metropolitan city, county, and Tribal governments will be able to access funding directly from the Treasury Department in the coming days to assist communities as they recover from the pandemic…

…For an overview of the Coronavirus State and Local Fiscal Recovery Funds program including an expanded use of eligible uses, see the fact sheet released today. For additional details on the state, local, territorial, and Tribal government allocations, see the full list here.

For updates from Treasury Department Relief and Recovery Programs, sign up here.

Tell your senators and delegates: If the General Assembly waits to meet, some local governments may not receive ARPA funds until after July 1

The American Rescue Plan Act provides $350 billion in emergency funding for state, local, territorial, and Tribal governments to respond to the COVID-19 public health emergency, or its negative economic impacts. The first tranche of money for states and localities is supposed to be released by the U.S. Treasury no later than May 11. Many of Virginia’s local governments will receive the funding directly from the federal government but not all localities will be so fortunate. Towns and so-called “non-entitlement” cities* will not directly receive the money. Instead, the funding will go to the states for distribution to towns and “non-entitlement” cities.

The General Assembly and Gov. Northam approved a budget amendment in the Special Session that requires federal financial assistance passed by Congress after January 1 of this year to be appropriated by the legislature in a general appropriation act. Because the American Rescue Plan Act charges the states with the responsibility to allocate the federal assistance to “non-entitlement” cities and towns, none of the money will get to these localities until after the General Assembly appropriates the funds, meaning the money could likely arrive after July 1 when the new fiscal year begins. This could, at the very least, force these localities to go through budget development a second time and delay the implementation of services needed to combat the impacts of COVID-19.

Tell your senators and delegates…

Virginia’s local governments cannot effectively plan and budget until the federal government and the Commonwealth first do their jobs. When will that happen? VML asks members to explain the situation to their state delegates and senators. The public health and economic challenges must be confronted now, not some time convenient to election schedules and the appointment of judges,

*Non-entitlement cities: The ARP Act designates the approximately 18,000 cities, towns, and villages with less than 50,000 residents as non-metro, non-county units of local government and makes the states responsible for passing through all federal funds that non-metro localities are entitled to.